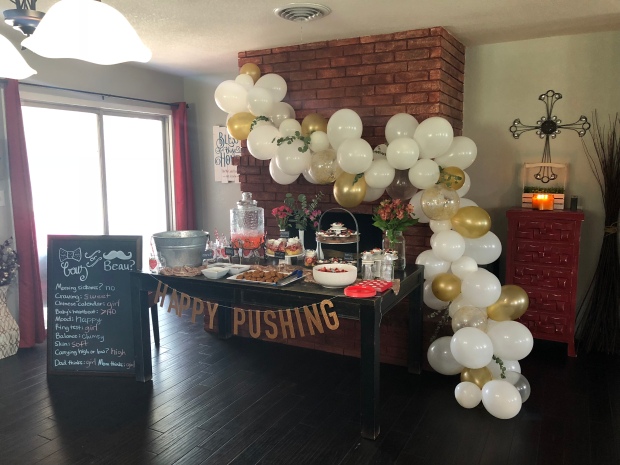 Last Sunday, I had the great privilege of throwing a baby shower for my sweet friend Dara, and it was the cutest thing, if I do say so myself! Dara and her husband Les are in my community group from church, and we were just over the moon for them when they told us she was pregnant. I knew instantly that I had to throw her a party – that was the easy part. The hard part came when it was time to pick a theme, because the Wesberrys decided to wait until the birth to find out if “Baby Berry” is a he or a she! 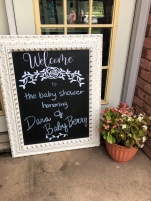 Soon after they told us the news, our group quickly started referring to the baby as “Baby Berry,” so I decided to carry the berry motif into the baby shower too. At first, I worried that it might be too girly, if Baby Berry is a boy, but then I thought…who cares?? The shower is kiiiiiind of for the baby, but mostly for Mama, and I definitely want a shower that the mom likes. Dara is super girly and always looks so cute, so I knew this theme would be right up her alley.

The menu included mini berry cheesecakes (thanks Mistie!), mini strawberry shortcakes, and “pop”corn chicken (since, ya know, she’s about to POP). Two of my favorite touches, however, were the strawberry mason jars and the balloon garland. I loved the triple-layer detail of the drinking glasses – doily, strawberry, tied with twine. And that balloon garland….whoo, y’all. Labor of love, right there! I blew all of those balloons up with my own hot air, and tied each one individually to a long piece of twine. It took hours, but it was worth it!! (I have since been told about something magical called balloon decorating strip on Amazon, which I will 100% use next time. lol) 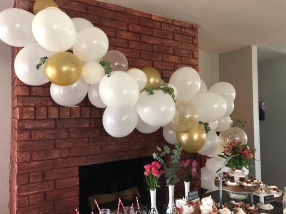 We played a couple of games, including a hilarious round of Baby Pictionary, but my favorite activity was making a birth day banner for Dara. I bought a blank pennant banner and gave each person a piece of it to write out an encouraging note or prayer to Dara. After I strung all the pieces back together, I gave it to her to put in her “go bag” so she can hang it up at the hospital for encouragement while she’s in labor! I absolutely adore this idea, and I hope to replicate it at every baby shower I host from now on. 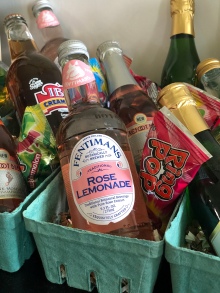 On the way out, guests grabbed favor baskets – berry baskets filled with a bottled drink, a ring pop, and a note encouraging them to “Pop It When She Pops” and enjoy a toast on whatever day Dara has the baby. 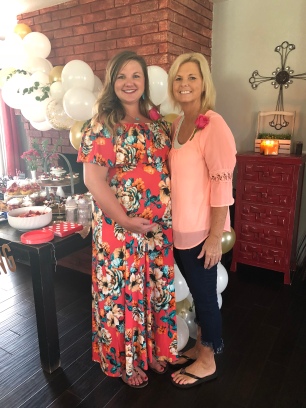 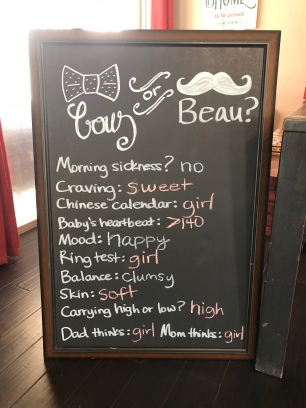 If you need help planning a party, let ya girl know – I’d love to get ice cream or coffee with you sometime and talk about your vision!

3 thoughts on “A Baby Shower for Dara + Baby Berry”